by CryptoCy News
in Interesting
895
0

The first step is to develop the coin based technology. Creating a coin is not challenging technically, and an experienced coder can make it easier. Nowadays you can create your own coin, with knowing C++, and you can make it in one day.

After the coin is available for mining or purchasing, the next step is to raise an interest among people so that they want to trade or mine the coin. As the more and more new coins are being developed all the time, it would be difficult to create a market for your own digital coin. 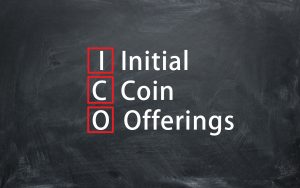 At the basic level  all you need for launching is the technical know-how to create a coin and a site to sell or distribute the coin. Hosting, a domain name and advertising is the entire outlay.

There is a difference between ICO and IPO, to which ICOs are commonly compared. When we talk about IPO, had to mention that the shares represent a part ownership in a business. In the case of ICO the coin may have nothing to do with equity in an underlying business. If the raised amount is small, there is no need for regulatory body.

For the larger ICOs, millions of dollars are raised and the companies that created the coins will likely go through the process in a similar way to a publically listed company. Lawyer’s fees of hundreds of thousands of dollars will be spent to ensure that the company is compliant with securities laws. The ICO might be more attractive for a variety of reasons for these companies, but those that are looking to raise significant funds via an ICO are generally responsible and substantive companies.

But in the case of larger ICOs, there are millions of dollars being spent, and the companies that created coins will pass the similar process as in the event of publically listed company. It is possible, that these companies may be interested in ICO for various reasons. But those who intend to raise funds through an ICO are generally responsible and fundamental companies.

If you are looking to get in on the ground level for a new ICO, knowing what it is that you’re are investing and understanding how an ICO forms is essential.