by CryptoCy News
in Interesting
849
0

One of the craziest predictions for Bitcoin is that it will reach $1 million within three years. But that’s a story for another time.

Among virtual currencies, Bitcoin is undoubtedly the most talked asset. It gained over 1,500% from the start of this year, and over 115% in the past one month.

But there is a little known cryptocurrency, that surpasses Bitcoin in rise. IOTA is the fourth biggest cryptocurrency in market capitalistion after bitcoin, ethereum and bitcoin cash, which had a 1000% rally in the past one month. 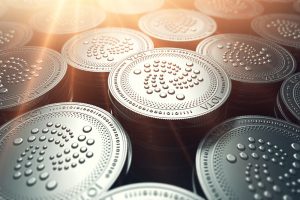 IOTA is a distributed ledger for the Internet of things. It is the first ledger with microtransactions without fees as well as secure data transfer.

One of the reasons, that make this digital coin to surge in price, is the announcement of partnership with major companies like Microsoft.

“We are excited to partner with IOTA foundation and proud to be associated with its new data marketplace initiative. This next generation technology will accelerate the connected, intelligent world and go beyond blockchain that will foster innovation real world solutions, applications and pilots for our customers,” Microsoft’s Omkar Naik in a statement published on the IOTA Foundation website.

This virtual coin was founded in 2015 by David Sonstebo, Sergey Ivancheglo, Dominik Schiener and Serguei Popov.