The Emirates Dubai Launching Own Cryptocurrency

The Emirates Dubai Launching Own Cryptocurrency

by CryptoCy News
in Interesting
940
1

Dubai city now has its own cryptocurrency, called emCash. This new cryptocurrency runs on its own blockchain and is designed for various financial transactions.

Launching their own blockchain- based cryptocurrency happened last week by government of Dubai city. This new “encrypted digital currency” is a result of partnerships Dubai has developed through their Accelerators Initiative and brought under the umbrella of the Dubai Economy Accelerators.

“A digital currency has a lot of advantages – faster processing, improved delivery time, less complexity and cost. It will change the way people live and do business in Dubai, allowing to simplify business managing and to improve the quality of life.”

Dubai Economy deputy director general Ali Ibrahim pointed this in a press statement. Officials claim that new crypto currency uses the latest blockchain technologies and works as a part of emWallet payment system. The city’s credit bureau has ensured them, that emWallet handles different types of transactions, also supports Near- Field- Communication (NFC) through a smartphone. There will be also Blockchain platform as a Service for supporting Dubai government agencies in various projects. 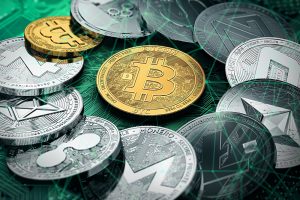 Investing in the future

Named as the “city of the future,” Dubai is certainly one of those, but it isn’t the first to have an “official” cryptocurrency. The launch of the emCash, however, is only a first step.

The city has been making efforts to become the world’s first economy with its own cryptocurrency and blockchain technology. This fact can potentially influence economies through the entire United Arab Emirates (UAE). The Wall Street Journal reports that Smart Dubai, the government office responsible for encouraging innovation in the country, will be conducting government and private organization groups over the next few months to identify those services best improved by blockchain.

“The fast paced environment and incredible willingness to adopt innovative technology has made Dubai the perfect place for us to do business. This project is a great example of the ambition we have met here, together we are essentially creating a whole new economic ecosystem.” Said the CEO of Emcredit Limited Muna Al Qassab, in the city’s press release. “