Mark Carney, the governor of the Bank of England said in his public speech in Toronto, that despite the ‘huge amount’ of illicit activity run through cryptocurrency, at the current state, they do not pose a threat.

In a true Carney fashion, he goes on to bash the crypto field, holding that a “huge amount” of illicit activity is run through them, directly contradicting the findings of his own Treasury’s reports.

Also the famous banker says that cryptocurrency systems will have to go through heavier and more serious regulations.

During his speech, Carney stated: 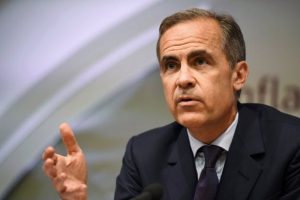 “There are these exchanges where you transfer your Canadian dollars for a cryptocurrency and those, in general, are unregulated and in some cases, there’s plenty of serious abuse or at a minimum, they are very porous to a cyber attack and theft and they just do not meet the standards. There is no reason why that should be tolerated”.

Carney makes an important conclusion, outlining that “being part of the financial system brings enormous privileges but with them great responsibilities.” While it sounds awfully lot like Uncle Ben’s dying words to Peter Parker, it’s true.

Cryptocurrencies now are receiving a serious widespread adoption throughout the entire world and this requires timely and responsible regulatory reaction. Terms have to be defined, frameworks have to be put in place so that people can have clarity on what is legal and what is not. This is the only way to prevent the misusing of scam projects and others alike.