South Korean giant Samsung has approved that it is providing ASIC chips to mine bitcoin, ether and assorted cryptocurrencies for hardware manufacturer Halong Mining.

The company Samsung was producing “high-capacity memory chips” for GPUs, which are predominantly used to handle computer graphics but also possess mining capabilities. The partnership with Halong is expected to bring heavy competition to the ASIC industry, primarily to China’s Bitmain, which, up to this point, has largely dominated the chip-development arena. Thanks to ongoing developments in cryptocurrency, both companies work with Taiwanese giant TSMC, which has seen quarterly revenue increases of $350 to $400 million.

Halong Mining is still regarding its new relationship, though its first miner Dragonmint T1 is now available for buying. The item is believed to stand among the world’s most efficient miners, purportedly beating out Antminer S9 by Bitmain in terms of performance.

Also Slush Pool approved that someone in its mining network had mined coins using Halong programm and that its overall efficiency could be attributed to an update, which is known as “AsicBoost”. It was launched in 2016 by former CoinTerra CTO Timo Hanke.

The technology explots a portion of Bitcoin’s proof-of-work algorithm by allowing miners to take “shortcuts” to find new blocks. The technology is available for multiplying mining companies thanks to Halong’s membership with the Blockchain Defensive Patent License (BDPL), which is designed to keep competition levels in the cryptocurrency mining area fair and accurate, but so far, only Halong Mining is known to be using the overt variant of AsicBoost. 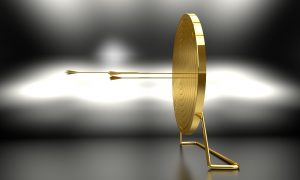 The technology operates a portion of Bitcoin’s algoritm by allowing miners to take “shortcuts” to find new blocks.

The DragonMint T1 was produced by BtcDrak, who’s been involved with Halong Mining since it began. The developer also maintains bitcoincore.org and the Bitcoin Core Community Slack.

“We started a mining project with the aim to bring much needed competition to the market,” he states. “We want to ‘make SHA256 great again.’”

Samsung also worked with Hangzhou-based company Ebang last year to develop DW1228 chips for its new bitcoin mining machines the Ebit E9++ and the E10. The chips were slated to boost an E10 hash rate to 18TH/S. The machines were first released in early February and units sold out almost immediately.