The Cardano coin took over 5% of trading volumes from the entire crypto market. It has grown more than 22% overnight to the mark of $0.26. But the asset has grown up from the recent dip, more than 74% on a weekly basis.

The chief boost in trading is the expansion of trading pairs on Binance, where Cardano is the third best-traded asset, after Verge (XVG). In the coming days, it will become clear what the inflow of USDT into the Cardano market would do to the price. The Binance exchange is one of the biggest holders of USDT, allowing the token to flow into many altcoin markets beyond Bitcoin. 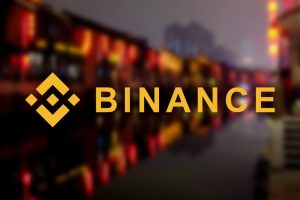 ADA has also been trading on the leading Chinese exchange Huobi Pro since April 16.

The encouraging fact is that the recent rise is happening on increasing trading volumes, after weeks of sideways drifting where ADA saw little action and seemed almost forgotten.

The hopes of a Cardano recovery are strengthening again. This asset remains promising, as it could quickly climb up the charts to displace now-leading coins like Litecoin (LTC). ADA in its first price grow was a relatively unknown asset for ICO trading. ADA spend months with a price of 0.03, before suddenly gaining and settling among top 10 coins.

ADA may expect at least a few days of momentum as social media remain positive on cryptos. The expectations of the Cardano version 1.2 to be released soon may further boost the exposure of the project.