Ethereum is similar to Bitcoin in many ways. We all know it is a public, peer-to-peer network called blockchain, which has launched its own cryptocurrency called Ether. It was created in 2014 by Vitalik Buterin and the aim was to be a platform for smart contracts.

To say in simple words, Ether is designed to be a world computer.

Developers worldwide will be able to run decentralized applications based on Ethereum’s blockchain. This will improve the industries of finance, personal information storage by using the blockchain technology. 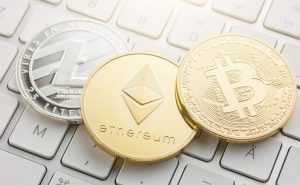 The Difference Between Bitcoin and Ethereum?

Bitcoin and Ethereum have many common properties. But the main difference is the purposes or ultimate goals of these projects.

The basic purpose of Ethereum is to become a platform, which will provide smart contracts and decentralized apps.

There is another difference, that is obvious. The number of Bitcoin is limited, which is 21 million tokens that can be ever produced. But Ethereum isn’t limited by any special quantity. Both Bitcoin and Ethereum are produced in a process called mining.

Also there are several differences between Bitcoin and Ethereum platforms. But they may seem very much alike, at the early stage of the projects. As these projects grow and mature, however, the differences may become much more apparent and could affect their trajectories quite differently.