Ethereum Will Pass Bitcoin in 2018

Ethereum Will Pass Bitcoin in 2018

by CryptoCy News
in Ethereum News
858
0

You might be wrong if you think that Bitcoin will keep its leading positions for a long time. The digital coin just started to develop and struggle will be much strong in upcoming years. The year 2017 was bitcoin’s year and the next is Ethereum with its growing fame.

The CEO of FunFair Technologies Jez San wrote in a blog that platforms like ethereum are created to be operating system for decentralized financial sector. They are widely used for powering up applications. He also compared Bitcoin with Ethereum.

San refered to Ethereum, describing it as more flexible alternative to bitcoin. He said:

“While there’s no shortage of old and new believers to keep the party going, along with plenty of developers working to create better, forked versions of bitcoin, I’m betting my chips on a more flexible alternative.” 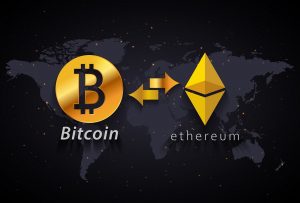 San calls Ethereum a “Windows” or “Mac OS” as the advanced form of that foundation. The Bitcoin developers worked hard to be in the leading positions. Yet Bitcoin remains a product with high transaction fees and difficult to reach. This can cause a technical end for asset.

The Ethereum’s developers conference which took part recently, affirmed the fact that Ether is going to be the future coin. Almost 2,000 developers aimed to deliver a more innovative blockchain future in the face of Ethereum. On the near future, Ether will become the major blockhain application platform.