Could The Logistics Industry Start Incorporating Bitcoin Into Their Delivery Services?

“Twitter may also ban all ads for cryptocurrency exchanges, with some limited exceptions, when the policy is launched.”

Last week Google announced it will ban advertisements for digital assets across its ad platforms.

“The ban on such advertisements will come into force from June. “We updated several policies to address ads in unregulated or speculative financial products like binary options, cryptocurrency, foreign exchange markets and contracts for difference (or CFDs). In June 2018, Google will update the financial services policy to restrict the advertisement of contracts for difference, rolling spot forex and financial spread betting.” 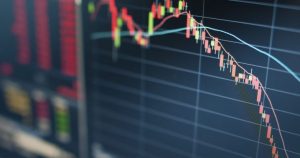 Google took down more than 3.2 billion ads only in 2017, that had broken its advertising policy. Also the company blocked 79 million ads in its network for attempting to send people to malware-laden sites and removed 400,000 of these unsafe sites last year. In January, Facebook banned all ads supporting cryptocurrencies. This new policy set a ban on promoting financial products and services that are frequently associated with misleading or deceptive promotional practices, according to the statement.

Rob Leathern, the Product Management Director at Facebook said, they want people to discover and learn about new products and services through Facebook ads without fear of scams or deception.