by CryptoCy News
in Interesting
941
0

There was an offer to investors to participate in the world’s first whisky investment fund based on cryptocurrency.

Caskcoin is inviting investors to own a share of a £40 million Scotch portfolio by investing in its digital coins. It is led by North of Scotland Distilling Company boss Ricky Christie. Each coin translates to physical ownership of a share in every cask in the portfolio, which includes old and rare malts.

This month CaskCoin aims to raise about £40m in an initial coin offering, with a minimum investment of £30,000, which will be paid on Bitcoin or Ethereum. The firm said, that there will be  available 5.2 million ERC-20 tokens, with a cost of £8.15 for each one. 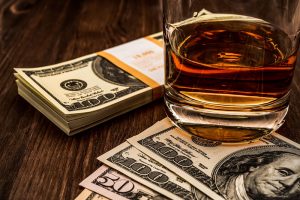 Mr Christie said, that they are marrying hundreds of years of tradition with CaskCoin to provide a unique chance of investing in one of the most sought-after whisky portfolios in the world.

“Whisky has a rich history as a store of value and a medium of exchange, and we are building upon this idea with the help of the blockchain and our new CaskCoin cryptocurrency.

He also mentioned, that Scotch is the most recognised and popular spirit in the world and has proven to be a robust and tangible investment that has consistently outperformed others in the marketplace. With Caskcoin the whisky industry will be open for global investor base.