by CryptoCy News
in Interesting
885
0

JPMorgan’s CEO Jamie Dimon is having second thoughts about bitcoin controversy. Earlier he called the cryptocurrency a “fraud”, but now he wants not to dismiss the newest technology.

“I regret making [those comments],” Dimon said in an interview with the Fox Business network on Tuesday.

“The blockchain is real. You can have crypto yen and dollars and stuff like that.”

Earlier in September Dimon criticized virtual currency and threatened to fire any trader who deal with bitcoins. 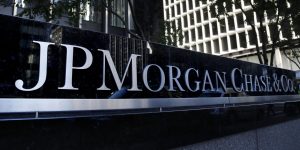 On said Tuesday he said he was still not very interested in the subject, and thought government intervention may eventually hamper bitcoin’s growth and acceptance.

“The bitcoin to me was always [about] what the governments are going to feel about bitcoin as it gets really big,” he said.

“I just have a different opinion than other people. I’m not interested that much in the subject at all.”

From the start of this year digital currencies have seen a drop in price and every regulators from top banks noted about this fact. Bitcoin, which is the most widespread asset among virtual currencies, has tripled in price from the moment Dimon gave his views last year.

In his interview Dimon described blockchain technology, which is used for recording transactions as the heart of cryptocurrencies.

The global financial system could be changed by using blockchain technology, experts have said, and JPMorgan is testing potential use cases of the technology.