by CryptoCy News
in Interesting
878
0

Robinhood is an app, which supports small stock investments without paying a commission and allows users to invest in digital currencies, according to the company’s announcement. 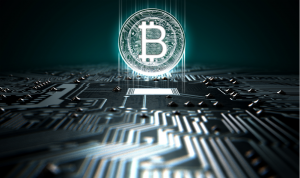 The company informed in a press release;

“With the release of Robinhood Crypto, we’re continuing our mission of making the financial system work for everyone, not just the wealthy.”

Robinhood’s user numbers have jumped from 2 million in April to more than 3 million in November, as Bloomberg informed. It came after California based company Palo Alto announced about cryptocurrency trading.

Robinhood also announced on Thursday it hit 4 million users and more than $100 billion in transaction volume.

Cryptocurrencies have gained a great deal of renewed attention in recent months as prices of Bitcoin soared to nearly $20,000 in November. But it is also known for its wild fluctuation. On Thursday, the Bitcoin price was just under $10,000. However, Robinhood’s commission-free trades on small amounts of money could spur users into taking a gamble.

The co-founder of Ethereum Vitalik Buterin posted, that cryptocurrencies are still a volatile assets and could drop to zero at any time. Also Buterin advised not to invest big money in crypto. He said, that traditional assets are still safer, than cryptocurrencies.