The U.K. Exchequer Chancellor Philip Hammond is expected to announce a government “crypto assets task force”  and a host of other fintech initiatives on Thursday.

The Treasury’s office statement says, that Hammond will reveal the task force, which will include the Bank of England and the Financial Conduct Authority in addition to the Treasury.

Hammond is also set to announce several other measures relating to the fintech sector more broadly, including “the next steps in ‘robo-regulation.'”

The letter would consist of pilot schemes to help new fintech firms, and the financial services industry more widely to automatically ensure the rules, which will save time and money.

The statement discovered the government’s intention to create a U.K.-Australia “fintech bridge,” which will connect the countries respective markets.

Other notable features of the Fintech Sector Strategy include the creation of standards to make it easier for fintech firms to partner with banks. 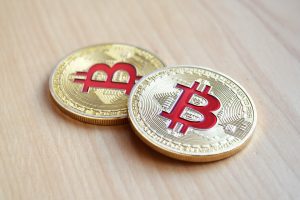 The government plans to partner with fintech companies to “create ‘shared platforms’ which will help remove the barriers that these firms face.

It did not provide further detail regarding the nature of these platforms.

The government of U.K. has largely proved amenable to blockchain technology broadly, but it has shown less enthusiasm for cryptocurrency.

The Prime Minister Theresa May said at January’s World Economic Forum about concerns of potential criminal usage of crypto. At the same event, Hammond called for the regulation of cryptocurrencies.

The governor of the Bank of England Mark Carney made the same appeal for regulation at the beginning of March during a speech at the Scottish Economics Conference.