Charlie Lee, The Litecoin Founder Has Sold His Holdings

Charlie Lee, The Litecoin Founder Has Sold His Holdings

by CryptoCy News
in Litecoin News
879
0

Charlie Lee, the Litecoin Founder Has Sold His Holdings

Charlie Lee, the former director of engineering at Coinbase, is selling almost all of his holdings in Litecoin (LTC), the cryptocurrency that he founded in 2011.

In a post on Reddit Lee explained that he is selling all of his LTC coins to stay away from  conflict of interest that comes with his influence and position as LTC founder.

He has been working as a director on Coinbase. Thanks to that time he is considered as a main person who has an influence on crypto world. He has more than 378,000 followers on Twitter, with the nickcname of  @SatoshiLite. He confirmed that his tweets have been criticized in some quarters as manipulating the price despite whatever his best interest. Because of it Lee announced about staying away from tweeting about LTC prices.

“Whenever I tweet about Litecoin price or even just good or bads news, I get accused of doing it for personal benefit. Some people even think I short LTC! So in a sense, it is conflict of interest for me to hold LTC and tweet about it because I have so much influence. I have always refrained from buying/selling LTC before or after my major tweets, but this is something only I know. And there will always be a doubt on whether any of my actions were to further my own personal wealth above the success of Litecoin and crypto-currency in general,” Lee wrote.

There is no direct information about how many Litecoin tokens he had sold. But now, as pointed he is focused on developing cryptocurrency. 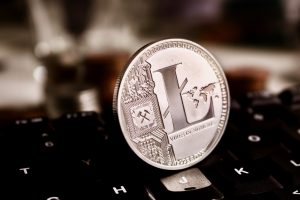 “This is definitely a weird feeling, but also somehow refreshing. Don’t worry. I’m not quitting Litecoin. I will still spend all my time working on Litecoin. When Litecoin succeeds, I will still be rewarded in lots of different ways, just not directly via ownership of coins. I now believe this is the best way for me to continue to oversee Litecoin’s growth,” he added.

Also want to inform that Lee has a brother, who is the founder of China’s largest exchange BTC China. His name is Bob, so we can say this is a powerful crypto family.

Like Bitcoin, Ether and others, Litecoin’s value has grown explosively this year.

According to Coinmarketcap.com, it is the world’s fifth biggest cryptocurrency, with a total ‘market cap’ of more than $2 billion. It’s value has multiplied more than 75 times from the start of 2017. Litecoin’s original goal was to become the “digital silver”. It was also designed to be easier to mine and cheaper to transact than bitcoin.