Blockchain, Crypto Research Lab – The Hong Kong Polytechnic University has created a research laboratory for  blockchain, which will work on systems to protect new technologies from quantum computer attacks.

The Hong Kong Polytechnic University (PolyU), having teamed up for the project with Monash University and the Australian asset manager CollinStar Capital,  has established a research laboratory specializing in blockchain technology and cryptocurrencies. The duration of partnership is for a period of  three years and includes millions of US dollars. The laboratory is aimed at increasing the efficiency and stability of the distributed ledger technology (DLT) against the attacks of quantum computing.

Under the supervision of Allen Au, the PolyU’s research team will work to enhance and increase the productivity of blockchain, focusing on two significant aspects: confidentiality and security. 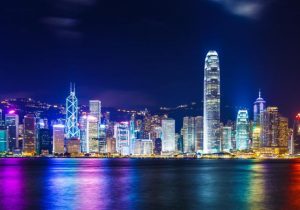 The AU mentioned that the team will focus on technologies such as Linkable Ring Signatures and Zero-knowledge Proof systems, which provide that online transactions are checked without leakage of personal data, such as user ID, account balance and transaction amount. The team will also work on security mechanisms that can continue regular PCs, even if their mission is to protect against quantum computer attacks.

Attempting to decrease the use of cryptocurrency for money laundering and payment of redemption, the Au’s team will also work on systems that provide the ability to set a limit on costs / transfers, disclose a person by court order, and suspend accounts involved in dubious transactions.

Deputy Minister of Innovation and Technology at PolyU’s David Chung said that Hong Kong’s ambitions for blockchain space require concerted efforts from industry, academia and the government of the region.

Blockchain-based application programs’ development is essential for Hong Kong, as the city has a large financial sector for which it expects 18% of its GDP. Last year, the Hong Kong Monetary Authority, in partnership with its Singapore counterpart, supported fintech and blockchain.