by CryptoCy News
in Bitcoin News
833
0

Zug is a small canton in Switzerland called “Crypto Valley”, because of legal regultions, which made it the location for numerous cryptocurrency and blockchain companies. According to the report Bitmain claimed that the new branch will have a key function on European area.

The reason, why Bitmain moved to Switzerland is the cryptocurrency crackdown in China. The government and central bank are now reportedly moving to restrict power supply to Bitcoin miners, following bans on cryptocurrency exchanges and initial coin offerings. As the report says, the aim is to guide Bitcoin miners toward an “orderly exit” from their businesses in the country. 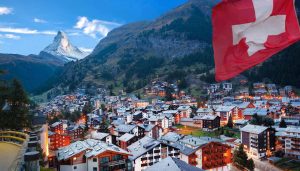 It takes a lot of energy for bitcoin mining. There is growing demand for digital currencies, which means the demand on the network also rises. For cryptocurrency miners China had long been a good place, but recent developments showed that miners will have to look another places for their business.

Besides Bitmain, there are other mining pools such as BTC.Top and ViaBTC, which are also moving to other countries; the first company will be moving to Canada, the last will take its transactions in Iceland.