On Wednesday the investment banking giant Goldman Sachs confirmed that it will issue a bitcoin trading desk.

The New York Times reports one of the biggest financial and economic institutions in the United States  Goldman Sachs is going to start using its own financial means to support and subsidize various investment contracts related to the bitcoin price and counts to as a result trade the “physical bitcoins” directly.

According to rumors, the bank planned to create a trading table of cryptocurrency since December last year, but the leaders and representatives claimed that these reports were obviously false. Moreover, most recently on April 23, when the bank hired Justin Schmidt, a well known cryptocurrency trader, the bank argued that it “did not come to the conclusion about the scope of our offer of digital assets.”

Nevertheless, the bank now acknowledged that it will begin offering its customers a Type of futures contract, called a short-term forward contract, which will be linked to the bitcoin  –  an asset which Goldman CEO Lloyd Blankfein called a “vehicle to perpetrate fraud” last November. 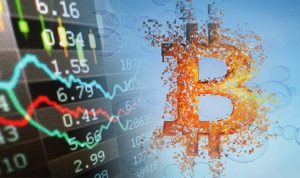 A Goldman executive Rana Yared who saw the development of the bitcoin trading desk, told the publication that a lot of people engaged with the operation stay skeptical of cryptocurrency.

She said “I would not describe myself as a true believer who wakes up thinking Bitcoin will take over the world. For almost every person involved, there has been personal skepticism brought to the table.”

However, the bank got enough interest from insurance funds, endowments and other institutional investors that its board of directors approved the move that it will make the first major US bank to use its financial means to trade crypto or crypto derivatives.

Yared said, “It resonates with us when a client says, ‘I want to hold Bitcoin or Bitcoin futures because I think it is an alternate store of value.’”

In the end, the bank counts to get adoption from the Federal Reserve and the US governmental authorities to begin trading the actual bitcoins -ironically called “physical bitcoins” – a development that will undoubtedly strengthen the status of the flagship’s crypto currency as the main financial asset.

Yared said, “It is not a new risk that we don’t understand,” of trading bitcoin. It is just a heightened risk that we need to be extra aware of here.”