by CryptoCy News
in Bitcoin News
856
0

A familiar investor Tim Draper has stated earlier this week, that Bitcoin would reach $250,000 by 2022. Another cryptocurrency expert Brian Kelly backed this view at the same week.

Mr. Kelly has stated, that it will be crazy to see the price rising so high. Also he added, that when somebody watches Bitcoin to grow 4,000 during 2 years, a 3,000 % return over four years seems like a “continuation of the trend we’ve seen.”

He has gone on to highlight the heightened inflow of capital from the institutional investors into the cryptocurrency market. He has noted such recent cryptocurrency investments, as Rockefeller’s VC arm, a Goldman Sachs executive, and Soros Fund Management. 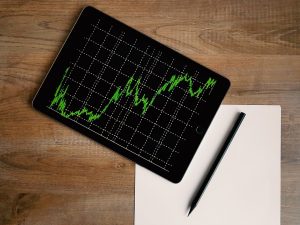 Mr. Kelly pointed that the growth of institutionalized investments can eventually lead to the drop in the volatility of cryptocurrencies. This can make them easier to use as real currencies.

As of the moment, the most usual case for crypto in experts’ opinion is citizens in countries with poorly regulated governments on banking systems.

Previously, the parabolic run and the drop in transactions have caused the market’s poor productivity. Mr. Kelly has stated, that Bitcoin is going to raise to $250,000 by 2022, or $25,000 by 2018. The transaction volume also will increase: