by CryptoCy News
in Regulations
839
0

The Arizona Senate passed a bill on February 8 by a 16-to-13 vote allowing its residents to pay income taxes with bitcoin or other cryptocurrencies from the start of 2020. The measure also passed the Senate Finance Committee by a 4-3 vote. The bill states that residents will be able to use bitcoin or other cryptocurrency for payment gateway using electronic peer-to-peer systems.

The state would be required to convert cryptocurrency received into U.S. dollars within 24 hours. This move should help shield the state against virtual currency price fluctuations. 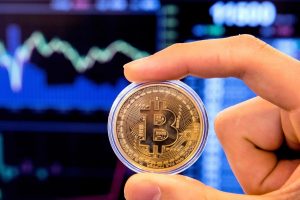 The mainstream fact about this new legislation bill in the Arizona Senate is that it would signify the first widespread adoption of virtual currencies in the United States. It’s been argued that bitcoin’s value is difficult to determine because it has no backing or guaranteed use from the government.

One of the co-sponsors of the bill Jeff Weninger said in his interview to Fox News, that the bill is one of a litany of bills that they are running in the United States and worldwide, which will make Arizona a place for blockchain and digital technology in the future.