The main amount of ICOs have been launched by companies, who specialize in distributed ledger technology services, but technically any company is able to launch an ICO.

If an issuer wants to launch an ICO, typically he issues an online “whitepaper” detailing the service or the product he wants to raise money for. This is the same as the prospectus or admission document that a company is required to produce in connection with the admission of securities to trading on a stock market. 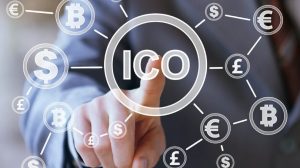 There are no content requirements or minimum standards for whitepapers. Because of this facts, there is a common misconception that all ICOs are completely unregulated.