by CryptoCy News
in Regulations
872
0

Maduro said the field’s “reserves amount to 5 billion barrels of oil,” which is confirmed by the corresponding “international certificate.” 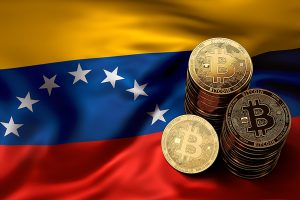 The Venezuelan leader has also promised to allocate Arco Minero gold deposits from the Orinoco Belt along with the country’s diamond deposits.

The President Maduro announced about new cryptocurrency in December aiming to maintain the country’s financial and international development worldwide.

The Petros value will be bind with country’s oil & gas reserves, as well as gold sources. As the president told, they have a purpose to advance the country’s monetary sovereignty, and to help country against financial blockade.

“We are facing a financial war against the country which we have denounced, and the opposition has denied. There are business people who are unaffected by Donald Trump’s blockade. With this, we will join the 21st century,” said Maduro.