8 PNA Pacific Island countries and the connected Tokelau territory which have 25% of the world’s tuna catching in their waters, declared at the SeaWeb Sustainable Seafood Summit in Barcelona that they are going to start a blockchain initiative coating all its MSC qualified steadily captured tuna by end July 2018. The tuna production will be identifiable by the Pacifical logo. This statement shows the PNA’s market improvement firm Pacifical as discoverer of the first large scale blockchain initiative within the framework of $42 billion tuna industry. 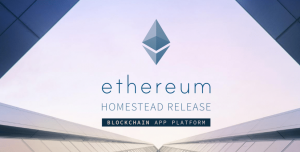 The structure will involve the full feeding chain and chain of storage of about 35 million tuna fish caught per year in a space with a surface 40% bigger than Europe. Over 200 million client units of Pacifical tuna in about 23 countries can in the near future be traced and confirmed through the Ethereum blockchain. Environmental and ecological  groups, retail dealers, clients, and accreditation authorities worldwide will be able to verify live on Ethereum’s public blockchain just how their stable Pacifical tuna was caught, by which captain, vessel, area and period, as well as where and when it was treated.