by Mari
in Blockchain, Interesting
440
0

The Government of Scotland has published a report highlighting the advantages of blocking or distributed ledger technology (DLT) in state services, producing the basic ideas or structures for a push in the use of technology.

The government has turned to blockchain for different reasons. In the report, on the official UKAuthority website of the public sector, entitled “Distributed Ledger Technologies in Public Services” the government designated Blockchain as producing opportunities for “natively digital” services, and also submitted some interesting proposals for expanding and using opportunities. 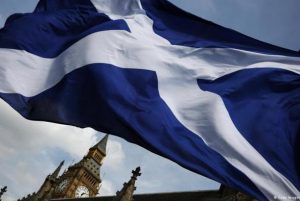 UKAuthority mentioned that the Scottish Government looks at promoting the use of the technology through channels such as the CivTech programme, the CodeClan digital skills academy and the University of Edinburgh’s new AI and blockchain accelerator.

The report suggested further studies on whether Blockchain is able to maintain compliance with the General Data Protection Regulations or not and also it suggested the creation of a group of leaders from the public sector to determine how a blockchain can be used to solve common problems. This group should be provided with a budget to fund conceptual activities and knowledge and provide examples of how the international community accepts the DLT.