A manufacturing company from Taiwan has reported financial results in the first quarter of 2018 driven by a growth with the aim of mining cryptocurrency chips.

The largest independent semiconductor maker in the world announced it had generated 248 billion Taiwan new dollars (US$8.5 billion) in sales revenue for Q1 – a year-on-year increase of 6.1 percent. 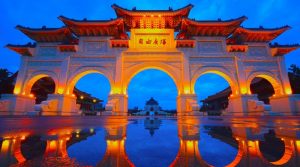 Only in March the total income was accounted 41 % of the Q1 performance, about $3.5 billion, becoming the largest monthly sales for the firm. The president of Taiwan manufacturing company pointed, that the results were generally driven by strong demand from high performance computing, such as mining of cryptocurrencies. In addition, Mark Liu, the co-CEO of the company said:

“We see very strong demand in the first quarter from cryptocurrencies. During the second quarter, while we do see some weakness in the 28mm chip, the demand for the rest of the technology is still very strong on cryptocurrency.”

The sales figures follow a similar pattern to that seen last year, when the firm reported revenues of $8.32 billion and $9.2 billion in the third and fourth quarter, respectively – strong figures that the chip maker also attributed to a growing demand for cryptocurrency mining chips.

The source of information comes after Chinese mining hardware giant Bitmain, which is a client of TSMC considered ASIC mining machine for ethereum early in this month.