The society for worldwide interbank financial communication channels SWIFT on the background announcement coming in the November update of the Protocol standard has denied the information on plans for integration solutions of the blockcahin start-up Ripple to conduct cross-border money transfers.

The representative of SWIFT in the comments of Finance Magnates said that the upcoming release of new standards on the SWIFT gpi platform has nothing to do with RippleNet, and includes tracking gpi-payments by tracking link in real time.

In addition, the source of the publication, close to these two competing projects, conducted its own verification and confirmed that there is no question of their integration. 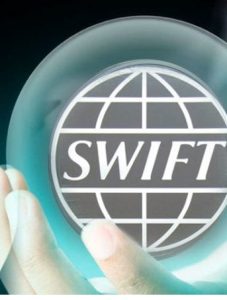 However, rumours are fuelled by several factors. For example, representatives of Ripple this year participated in the SWIFT Sibos conference, and one of the members of the Board of the company left HSBC Bank for Ripple. For another increasingly popular version, Ripple and SWIFT are linked through a common SOFTWARE provider called Temenos. And some analysts have linked the facts of the technical update of SWIFT on September 21 with the Ripple price jump (XRP) in the same period. This week, amid rumors of integration with SWIFT, the price of XRP also rose from $ 0.464 to $0.565 per unit.

Recall that in the spring of this year, SWIFT published an analysis of the proof of concept (PoC) for the DLT solution on the Hyperledger Fabric platform. The company noted the successful tests of the effectiveness of the use of distributed registers for the reconciliation of correspondent accounts, conducted in the “DLT-sandbox” with the participation of 34 banks.