On April 30th CNBC reported that after the critical tweet of short-seller Andrew Left’s Citron Research the shares of financial services and mobile payment company Square fell. Citron declared that the enthusiasm for the Bitcoin (BTC) Square trading solution has been overstated.

A “collection of yawn businesses” that’s how Citron called Square in a tweet Monday afternoon, mentioning that the payment operator’s “SQ-Cash to BTC trading has been insignificant”. Right there afterwards, Square’s stock decreased 3.8 percent to $45.76 per share. Later the price recovered most of its losses and closed at 0.48 percent lower than its start-of-day value. 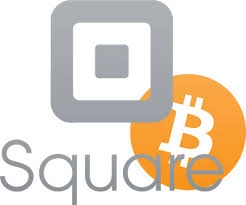 Citron as well declared a short-term target of $30, or 36.9 percent below Friday’s close.

Stock price of the Square hasn’t seen considerable changes since the company, founded by Twitter CEO Jack Dorsey, started up Bitcoin trading through its Square Cash app in January. The  consumers can buy up to $10,000 of BTC a week with no selling limit.

A research analyst at Nomura Instinet Dan Dolev told CNBC that, “the Bitcoin impact [for Square] will be material long term.” Nomura Instinet earlier set the target price  for Square at $65.

Jack Dorsey  as well announced  that Bitcoin will become the  single future currency of the world in about ten years. Yet, he reportedly doesn’t believe that BTC currently has the capabilities to become an effective medium of exchange due to its slowness and costliness.