Volvo Cars Invests in Circulor to Trace Cobalt in Its Batteries

Oil-rich Kingdom of Saudi Arabia warned the public about the inadmissibility of investment in the cryptocurrency, said in a statement of the standing committee of the Central Bank.

The Committee noted that activities with Bitcoin (BTC), like with other virtual coins, have negative consequences and represent a high risk, since the crypto industry is outside the state control. The Saudi authorities used the term “virtual currencies” for cryptocurrencies similar to G20 – “virtual asset”.

The Standing Committee, established by the Royal Decree with the aim of reducing investment and trading in the Forex market and digital coins, is under the guise of the country’s central bank, – the Saudi Arabia Monetary Authority (SAMA). The Committee includes representatives of the Capital Market Authority (CMA), the Ministry of Mass Media and the Ministry of Trade and Investment. 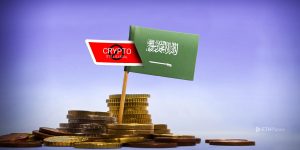 The Saudi Arabia Monetary Authority (SAMA) has a different approach to cryptocurrencies and blockchian technologies. Earlier this year, the Central Bank merged with Ripple, the American start-up (the third largest digital coin XRP) to test payments based on distributed ledger technology (DLT).

Developed as a DLT, the block has the ability to reduce transaction fees, facilitate transactions and ensure their transparency, tracking all actions, which makes it attractive for various financial institutions around the world.