by CryptoCy News
in Bitcoin News
911
0

According to Doctor Jack Rasmus, the prices of cryptocurrencies have been mostly driven by extreme speculation in Asia. He has warned that a major correction is coming soon.

China and South Korea are aware of this; they know that bitcoin is a financial asset bubble, a classic bubble which is peaking out,” Rasmus, who’s a professor of Political Economy at St. Mary’s College in California, told RT Channel.

According to his view, more than 40 % of all cryptocurrency purchases come from the Japan. This means that the crash will come from Asia during the next 12-18 months.

“China has always been opposed to bitcoin and Korea is now becoming increasingly concerned. Japan is going wild and I think the crash is going to come from Japan.” 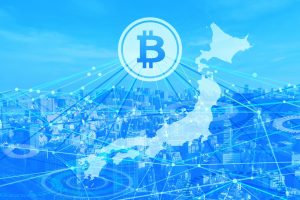 Doctor Rasmus explained, that there is no taxation and regulation on cryptocurrencies, because many speculators see an opportunity to pump and dump and make special profits. He said all those things came together to drive prices up but those forces are now going to shift.

Blockchain technology is significant, the professor thinks and describes it as a real force in development, which is going to reduce corporate costs.

Rasmus regards bitcoin as a speculative commodity, a play on top of blockchain technology.

Rasmus describes bitcoin as a speculative commodity. He said,

“It’s not a currency; it’s a commodity like gold and gold futures. In my opinion, it will never become a true currency and if it threatens to become a currency you’re going to see the central banks issue their own digital currency as a way of driving down the price and taking the bubble out of commission.”