by CryptoCy News
in Bitcoin News
840
0

A former security expert from US has noticed, that North Korea may be have got about USD 200 million from bitcoin transactions last year, ignoring the increasing influence of economic sanctions imposed on the hermit country to an extent.

Priscilla Moriuchi, a former US National Security Agency officer and currently, Director, Strategic Threat Development at Recorded Future gave an interview to Vox, saying that North Korea was obtaining digital currencies either by mining or hacking. She thinks, that those coins were turned into something- currency or physical goods to support North Korea’s nuclear and ballistic missile program.

In a early conversation with Foreign Policy, she had told she was able to identify several specific thefts of thousands of bitcoin and other forms of digital currency. It was difficult to ascertain how many coins did North Korea hold at a time. 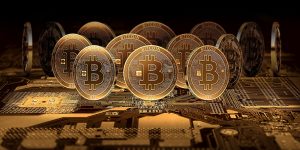 Moriuchi said, that it’s obvious for her, that North Korea is evading sanctions.

The timing of cashing out makes it very important as the currency is extremely volatile and its value is known to drop (or rise) as much as 30-40 percent intraday.

The bitcoin’s and other cryptocurrencies anonymity and security makes a perfect fir for the sanctions-hit nation to raise money. Digital currencies are largely unregulated as their distributed nature makes it hard to regulate them.

The amount raised from cryptocurrencies may not be enough to fund the ballistic missile and nuclear technology but it is adequate to keep them far from shutting down despite a slew of sanctions hitting North Korea’s trade and hence income.

As Moriuchi mentioned, North Korea operates from multiple bases across the world and not just from its home.

“North Korea cyber operators sent to these foreign operations bases have two jobs. One, to conduct the operations that the North Korean regime tells them to conduct. And two, to earn money. The majority of that money, about 80 to 90 percent, is sent back to the regime, and only a small amount is for the operators themselves to keep.”