by CryptoCy News
in Bitcoin News
796
0

Today Marathon Patent Group Inc. announced that it has commenced bitcoin mining at a new facility in Quebec, Canada. Investors seem to pleased by this and greatly approved the development.

The company revealed that it had purchased 1,400 Antminer S9 miners from Bitmain and had leased 26,700 square feet of data center space in Quebec. It is expected the operations to utilize approximately 2.0 MW and deliver approximately 19 Ph/s of ASIC mining capacity. There will be also added additional 3.9 MW of power by the company. In case of being completed it will provide capacity for up to 2,800 additional Antminer S-9s that if acquired, could be located at the same facility. 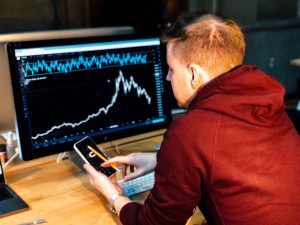 Marathon also explains to investors that while the Antminer S9s are presently mining bitcoin (BTC), they are able to switch to other digital assets/cryptocurrency using the SHA256 algorithm (such as bitcoin cash BCH) if needed.

From Patent Mining to Bitcoin Mining

Previously, Marathon was a patent licensing and commercialization company which acquired and managed intellectual property rights from a variety of sources, including large and small corporations. Currently, the company is said to be focused on digital asset mining with specialized computer equipment. It plans to expand its activities to mine new digital assets.

Marathon’s Chief Executive Officer and Chairman of the Board of Directors Merrick Okamoto stated, that the announcement represented the milestone for the company. They are thankful to everyone, who worked hard to carry out the project.

The province of Quebec, Canada has become a magnet for bitcoin miners from all over the world thanks to cheap hydroelectric power and cold climate.