by CryptoCy News
in Interesting
913
0

Mastercard is receptive to using central bank issued digital currency in the future, while holding on to its stance that all others are useless.

The company accepts a friendly approach towards digital currencies as long as they are issued by central banks. The credit card company thinks that private coins are ‘’junk’’ in comparison with government-backed digital money. This opinion gave Mastercard co-president Ari Sarkar.

There are lot of state governments looking for possibilities of creating cryptocurrency, which will be backed by central banks. Among them are countries like Russia, China, Canada, Iran, Britain and others. Only Venezuela with its Petro coin ventured into that uncharted territory. 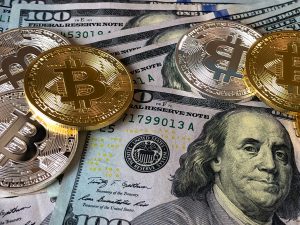 According to Mr. Sarker, MasterCard launched a pilot project, enabling cardholders to cash out of bitcoin on to a MasterCard. He was stressed that the company is not exposed to Bitcoin price fluctuations and very conscious of its reputational risks. The company is actively engaged in researching blockchain technology and cryptocurrency with one 30 patents filed by MasterCard Labs.

Visa’s CFO criticized crypto earlier this month, saying that they are speculative investments operating in an unsettled regulatory environment.

Both Mastercard and Visa reclassified cryptocurrency purchasing transactions as cash advances, making it more expensive for users to buy crypto with their cards.