by CryptoCy News
in Interesting
867
0

According to two government officials, the Republic of the Marshall Islands plans to release its own cryptocurrency.

Members of parliament voted this week to proceed with the plan, Kenneth Kedi, a senator and the body’s speaker, said in a phone interview. A council still has several days to object, a move he said is unlikely.

In his phone interview, the country’s minister-in-assistance to the president David Paul said the digital coin, known as the Sovereign will probably be issued in 2018. He said the government will arrange an initial coin offering and exchanges will be allowed to apply to trade the currency. The action has a purpose to bolster local budget funds. 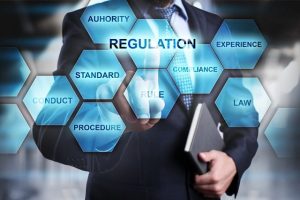 Paul said “This was specifically targeted for the long-term needs of the country.”

There are 70,000 people living in the Marshall Islands, which is a collection of more than 1,100 islands and islets in the Pacific. Paul said, that some proceeds from the crypto offering will be used to provide health care to locals affected by U.S. nuclear tests conducted in the area decades ago.

Several governments have sought to strengthen their finances with cryptocurrencies. This month Venezuela launched its own digital token, the Petro.