He is cooperating with the first decentralized cryptocurrency bank called AriseBank and blockchain development company Cryptonomex to raise money for disaster preparedness. They are going to use BitShares to accelerate the slow process of recovery in future disasters like the recent hurricane and wildfire storms.

In 2017, super-storms devastated Texas, Florida, Puerto Rico, the Virgin Islands, California and dozens of other communities in the Caribbean and the Gulf States. These disasters have left millions without the help they need.

It is difficult to raise money rapidly for homeless people in areas like Houston Florida, Puerto Rico, the U.S. Virgin Islands and other areas, which suffered from disasters. With his plans Holyfield is going to raise funds to help people recover from these types of accidents in the future.

This is a long-lasting strategic partnership, but not a usual celebrity endorsement. Digital currency can be a unique solution to the challenges presented by these national tragedies.

“I am really excited about this. The more I can do, the better. Cryptocurrency seems to be a good way to help the causes that I care about,” says Holyfield. 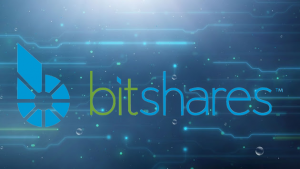 BitShares platform is used by several companies like AriseBank. The platform becomes more and more popular and this can be used to solve some biggest problems worldwide.