by CryptoCy News
in Ethereum News
857
0

Mainstream media, such as Forbes, shows interest in Ethereum reporting about its upward momentum. There was expected a market correction, and it has been supposed that such corrections are a usual thing for cryptocurrencies.

According to market views, Ethereum is up over $1,200 from a low of $930 last Monday. This is a 30 % weekly rise. The same cannot be said of Bitcoin, which has conversely shown very little gain from its price this time last week. Ether’s last 24 hour trade was about $4,5 billion, with South Korean Bithumb exchange being the top with 10 % of the trade.

NewsBTC editor Joseph Young says the rise is in line with an increase in transactions on the network. 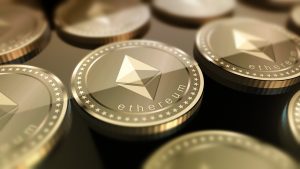 The demand for Ethereum will grow, because the number of ICOs and decentralized applications are growing. It is the platform of choice at the moment due to its level of support and a number of scalability improvements in the pipeline for the network.

The Casper aspect of Casper, where two conflicting blocks should not be able to be finalized, seems to actually happen running and the network agrees all along what the final chain is. So that part has been totally successful. On the Sharding side, quite a lot of work has started.

It takes a lot of the work off the chain involving Sharding to increase transaction speeds and lessen the load on the distributed ledger. Ethereum is growing increasingly and it is seen on the price.