by CryptoCy News
in Regulations
938
0

The largest cryptocurrency exchanges in Brazil, including Bitcointrade, Mercado Bitcoin, Foxbit recently joined forces to create a cryptocurrency association whose goal is to defend the interests of cryptocurrency users. The organization recently found out other companies created a “rival” association.

The Garcia’s assocdiation will start working with the cryptocurrency exchanges in the country in two or three weeks. She spoke to the publication stating:

The purpose of the ABCB is to create various categories, so a large number of crypto-related businesses can join it. The association is set to advocate for cryptocurrencies to be regulated as assets in the country. Garcia revealed it’s currently “looking for regulators so they can tell us the best way to regulate.” 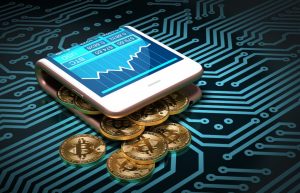 On the other side, ABCB hasn’t yet taken a position on how cryptocurrencies should be regulated in Brazil. Fernando Furlan, the association’s president will “defend the cryptocurrency markets in Brazil, defend privacy, and regulations that won’t end innovation.”

ABCB is set to become a venue that’ll help guide its partners through a set of principles, while providing regulatory assistance. It’ll connect authorities and regulators to crypto businesses, promoting the debate.

“There is legal uncertainty. Depending on the purpose, it may be considered a means of payment or a financial asset. “

Since October 2017, ABCB has reportedly been “under construction”. The organizations have revealed they could open a “communication channel to work together for the good of the country.”