There is an information, that New Zealand could have the key in identifying the hacker who broke the security of Japanese exchange Coincheck and stole $530 million.

The transactions analysis found that the hacker had stolen NEM currency from 45 different accounts of the exchange. It seems that NEM coins were transferred to 9 digital exchanges, which are located in the U.S. and the Czech Republic.

Indications also point to NEM coins being sent to and from an account at the Cryptopia exchange. 21 deposits worth the equivalent of about 400,000 yen were made to a Cryptopia account from the hacker’s accounts between the period of 1 February to 8 February. 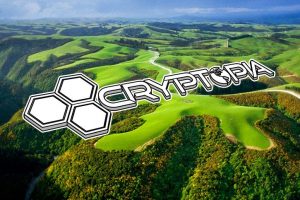 Conversely, at 1:41 a.m. on Jan. 31 the equivalent of about 60 yen in NEM coins was deposited from the Cryptopia account to an account used by the hacker. And at 3:16 a.m. on Feb. 1, NEM coins worth about 20,000 yen were deposited into another account held by the hacker.

There is a possibility that NEM tokens were converted into another digital currency. But it is unreal to confirm the transactions outside of the exchange.

An internet security specialist from Japan thinks that hacker set up a Cryptopia account beforehand to exchange the stolen NEM coins for other digital currencies. He informed that individuals would have to provide their names and addresses during the registration process.