by Mari
in Blockchain, Interesting
990
0

As of June 11th  the  blockchain entrepreneur and developer of the TRON platform, Justin Sun has  purchased BitTorrent Inc. software company.

The purchase allegedly finished last week when BitTorrent management has reported the staff about the operation. As per the source of information regarding the transaction, the company’s staff has been advised not to publish any information. Numerous reported that some of the shareholders have also been communicated by the transfer agent who was employed for the above mentioned transaction. No financial details of the purchase have been accessible for some time. 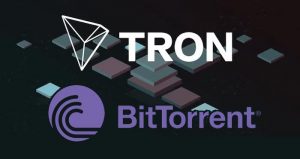 As per the available information BitTorrent was in the process of being purchased by the TRON founder. According to the report Sun  entered into negotiations with BitTorrent in September of last year, and signed a protocol of intentions to purchase in January. The operation was delayed because BitTorrent started negotiating with additional tenderers, which ran contrary to the agreement. The engagement of other parties made Sun submit an interim restraining order.

Neither Sun nor company representatives have done any statement or comment. As of press time TRON (TRX) was trading at $0.048 with a total market capitalization over $3.1 bln.