by CryptoCy News
in Blockchain
917
0

Binance made a decision to create a new blockchain and migrate its BNB asset from the Ethereum network. It created enthusiasm for the token. The market price was raised by 25% overnight, just as the rest of the market slid. The coin price reached to $10.21.

Trading volumes on Binance also grew by roughly overnight—from $300 million to $1.6 billion compared to the day before the announcement. As the asset returned to levels resembling the January activity, trading volumes for BNB spiked above $250 million. 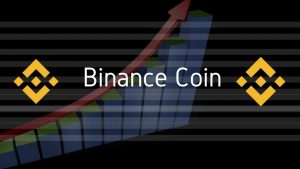 Creating a public blockchain would mean the network and the asset would be in the hands of the community. Even the project’s logo would be a community effort.

The time period for the network launch is unknown at the current moment, as well as the rules of the blockchain technology, which is staking or hashing work, also the number of coins, nodes or other details. The price of BNB may benefit with another rally, if a date for a snapshot is set, or another form of coin swap.

Usually, trading on Binance sees coins coming up to the top. Currently, Binance Coin is among the most actively traded, and pumped to higher levels. The digital currency Binance coin sees unusual activity, as its price rarely grows on pure speculation.