by CryptoCy News
in Bitcoin News
859
0

Bitcoin news; Since the start of the year, Bitcoin has certainly taken investors for a ride, falling from around $15,000 since the beginning of January to $6,000 in the space of 6 weeks only to bounce back above the $10,000 dollar mark in today’s trading.

This certainly is the volatility a trader dreams of, with opportunities abound in long or short positions, so the question in which direction will it travel now?

The views of analysts are divided about bitcoin’s price. But one thing is certain- with such volatility and particularly sudden drop in price, investors should be cautious about opening their positions. 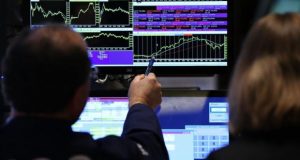 A senior market analyst at Oanda Craig Erlam notes, that investors indeed should be wary because the chances of another sharp decline definitely remain.

He said, that Bitcoin continues to be volatile as ever, having double in price during 2 weeks since testing the bottom $6,000.

Some say that the current level of $10,000 may be here to stay in the short term as investors who got in within the last few weeks exit their trades and book in profits but that will eventually end and a new wave of long positions will see bitcoin move significantly higher.

Trevor Gerszt, from Coin IRA says, that investors who bought the dip have doubled their money when the price of “digital gold ” reached $12,000. So a little retrenchment wasn’t unexpected. Once that’s over, they expect Bitcoin to continue its long-term price appreciation.