by CryptoCy News
in Interesting
894
0

Bananacoin is known as ethereum token, which has offered a team of Russian enterpreneurs in an ICO. They are going to use funds to enlarge their production of bananas in Laos.

Each bananacoin token is worth about $0.50 and is linked to banana prices. And it’s basically investing in Laotian banana firms. The coin presale has started on November 2016 up to February 2017. The project creators are going to sell 14 million tokens totally to the public. It is similar to $7 million. 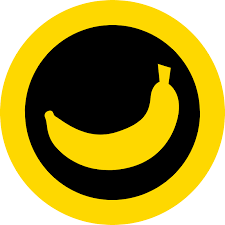 There’s already been 2.9 million tokens bought. The Bananacoin investors can buy out their tokens for goods or monetary compensation after 18 months in July 2019.

The backers of the project have made their case by pointing to the growing interest for bananas in China. The increase in Chinese demand has paralleled an increase in banana exports from Laos.

This project intends to take advantage of this dynamic and increase its share of the Chinese market to 360% by increasing the cultivation area of their business.