by CryptoCy News
in Uncategorized
975
0

One in five people in the UK who have never owned any crypto-currencies would consider buying some over the next three years. This is a new research of 1,000 UK adults from international communications agency called  Citigate Dewe Rogerson.

The findings, which are published in a new report entitled: ‘Investor Perception: Crypto-Currencies’, reveals that of those people who have no plan to buy or invest in crypto-currencies, 67 % said it’s because they are too risky or volatile.  This is followed by 61 % who said they don’t know enough about them, and 43 % who said there is not enough regulation to protect investors.

The other 16 % think it was because they don’t know where to buy or trade them, and 10 % said there are too many digital coins to choose from and don’t know which ones to go for. 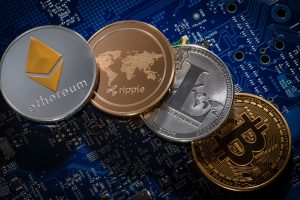 “Our research shows that many investors are tempted to dip their toe into the crypto-currency marketplace, but there are a number of obstacles preventing them from doing this’’.

The separated research with 30 financial professionals shows  that 73 %  anticipate that between now and 2020, there will be more regulation introduced around crypto-currencies protecting investors.

Just under one in three (30 %) believe that crypto-currencies will never stabilise. Nearly one in five (19 %) think this will happen within the next three years, 22 % believe it will happen between four and five years from now and 30 % think it will take longer than this.