Bitcoin investors pressed the panic button earlier this year, when the cryptocurrency saw as much as 50 percent of the market lost amidst fears of growing regulations within the community.

The unnamed trader, taking advantage of the Bitcoin collapse experienced over the first 2 months of 2018, purchased almost $400 million of the currency, apparently making a smart move, with the market now regaining momentum once again.

​”Not sure who that big buyer was. But many have bought this dip and have added since the rebound and additional regulatory clarity in the US and Asia”. 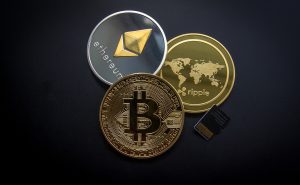 From the start of 2018, the weeks after bitcoin reached an all-time high of $19,500, cryptocurrencies dropped down to lower marks. According to Fundstrat Global Advisors LLC’s Tom Lee, Bitcoin may be well off its mid-December peak of $19,511, but it will be touching new highs again by July.