A Bitcoin mining boom is set up in a small town Wenatchee with low power prices and cooler temperatures.

We can mention a few reasons that made people to move to a small town. Perhaps, they want to stay away from big cities bustle. Or in the case of Wenatchee, Washington people want to join a Bitcoin mining boom.

A small town in Washington state that lies a few hours away from Seattle is becoming the center of cryptocurrency mining for the United States. It appears that the rural town of Wenatchee is experiencing a major Bitcoin mining boom as people are flocking to the area to start up operations.

The head of local power utility Steve Wright says that there are already a big amount of cryptominers in Wenatchee area. There are about 75 miners moving to the town. Steve says:

There are some fundamental reasons why miners have moved into this small town called Wenatchee.

The 1st reason is that power costs cheaper. Electricity is extremely cheap in the town almost 2 or 3 cents per kilowatt. Even there are opened plenty of hydroelectric power stations making electricity from Columbia River.

Another reason why Wenatchee is a prime location is that it boasts cooler temperatures that keep the mining servers at the right temperature. To cap it all off, the town also has a tremendous internet capacity. 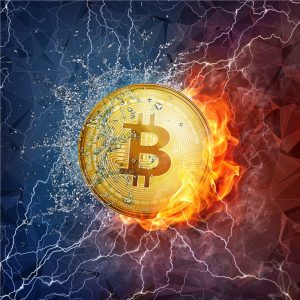 If we consider power cost, internet capacity and average temperature together we can see that Wenatchee is a good place to start crypto mining. Besides, the major metropolis Seattle is only 3 hours away if you want to go there.

However, Steve Wright is worried about the area’s new status of a Bitcoin mining boom town. He says:

What we don’t want is people who come here to make a quick buck off of our low-cost electricity and then leave town and leave us holding the bag, and leave the people of this community holding the bag.

For a long term, miners want to find a place where they could have an opportunity to gain maximum profits by lower spends. So this is an advantage for the town to increase its taxes with growing industry.