by CryptoCy News
in Regulations
866
0

The Israel Tax Authority said yesterday, that Bitcoin isn’t a currency and people doing speculative movements with cryptocurrency will be subject for tax.

The result is that profits made on digital currencies will be subject for 25% capital gains for private investors to a 47% marginal rate for businesses, instructing investors to report on their holdings within 30 days and arrange prepayment of tax.

The decision was made after the authority issued its draft circular on bitcoin taxation, which similarly discounted claims that bitcoin and its peers are currencies, no different from the shekel or dollar. 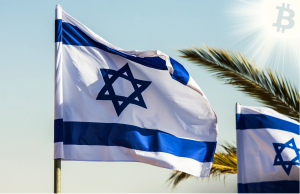 Have to say, that the tax authority had never issued a final ruling on whether the sellers of cryptocurrencies were liable for the 17% value-added tax. It clarified on Monday, that only businesses would be liable for the tax, because bitcoin is an intangible asset used for investment purposes only.

A tax lawyer with the Tel Aviv firm Ziv Sharon & Company called Shahar Strauss said he had clients, who had invested small sums in bitcoin years ago and this moment their holdings are worth millions, after a big jump in the cryptocurrency value. He said they are liable for taxes in the millions of shekels.