Many financial experts consider Ripple not a cryptocurrency and think it shouldn’t be listed next to Bitcoin or Ethereum.

“Ripple is somewhat off the pace, both in terms of its market position and its identity as a cryptocurrency. It might be a good complimentary currency to bitcoin and ethereum, but since it is a centralised system, it does not live up to the brief of what a cryptocurrency is meant to do, and the USPs of blockchain technology.”

The lead investment analyst at UK based Columbus Capital Levi Meade is not bullish on Ripple. He thinks Ripple is fundamentally different, because Ripple’s blockhain is separate from Ripple the currency. 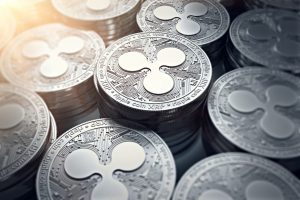 According to CoinMarketCap, Ripple is listed as the third biggest cryptocurrency by market value. It is trading near $1,28 with a market cap of $49,571,381,924.

If Ripple was removed, Bitcoin Cash would rise to third rank. Currently, it is ranked fourth on CoinMarketCap.

In contrast to Ripple, professionals keep respect for both Bitcoin and Ethereum.

Mr Meade said: “I think bitcoin will be the longest lasting cryptocurrency. Mainly as it has the longest track record. It has shown resilience from countries talking about banning it and well known financial individuals giving it a bad press, but still it stands.”

Ethereum has a lower value. However, it is seen by some as an improved digital currency, because it was created on the weakness of bitcoin.