Will It Be a Wise Choice to Choose GCG International for Trading?

by CryptoCy News
in Bitcoin News
827
0

Bitcoin is reaching $10,000. In Korea it is trading above this point  and may be traded over that level soon. But if this cryptocurrency falls, it may affect the real economy. Bitcoin has a market cap of over $160 billion currently..

“The problem with bitcoin is that it could easily blow up and central banks could then be accused of not doing anything,” said Ewald Nowotny. He informed about making efforts to understand whether bank activity needs to be better regulated. 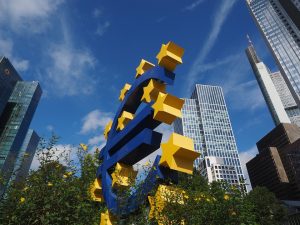 Nowotny is a well-known Bitcoin critic, who serves on the Governing Council of the European Central Bank. He thinks, that cryptocurrency’s rise is a bubble akin to the tulip mania.

At this moment rules and regulations in Europe allow to buy and sell the cryptocurrencies easily, and the Euro is a small, but steady influx of cash into various digital assets. Additional digital coins, such as Litecoin and others, are available too.

Central Banks are not ready to accept crypto currencies for now. The most recent outright ban of Bitcoin as a means of payment is from Morocco.