After launching Bitcoin futures by CME Group on Sonday, the virtual money rise up to $20,000 mark on some exchanges. According to CoinMarketCap, the Top 1 coin peaked at $20,089 on December 17. After that the market dropped back to $19,000. This fact didn’t affected altcoins. Some of them, including Cardano have closed on good positions over the past few days.

The virtual currency called Cardano is new one in the crypto world. It has made monumental growth in a very short time. Cardano is considered to be the Ethereum of Japan. It has come up from relative obscurity to one of the top traded cryptocurrencies in less than a week . Gaining over 400 % , it has risen from just ten cents to over fifty.

The market capitalization of Cardano is about $12,5 billion, which is over Dash and Iota, putting it at sixth place just behind Litecoin.

With Bitcoin, Bitcoin Cash, and now Dash costing over a thousand dollars a coin, some psychology comes into play, especially with new traders, according to Forbes. Sub-dollar coins are seen as better investments by those with limited trading experience on crypto and traditional markets. Several altcoins have “gone to the moon” in recent months, including XRP, IOTA, NEM, LTC, and ETH, and it seems that Cardano is about to join them. 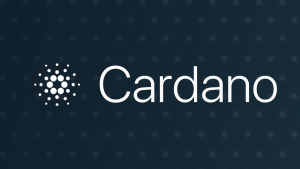 This is the first blockchain project to be developed from a scientific philosophy, and the only one to be designed and built by a global team of leading academics and engineers. It is essential that the technology is secure, flexible and scalable for use by many millions of users. Consequently, considerable thought and care from some of the leading experts in their fields has been devoted to the project and informed design decisions.

This virtual asset has a great future ahead, especially if it has an opportunity to solve current scalability issues on blockchain platforms. At the current moment it’s price is $0,48 after it reached to an all-time high of $0,59  a few hours ago.