by CryptoCy News
in Blockchain
871
0

One of the biggest companies of South Korea Samsung SDS, announced about  becoming the first company in the country expanding blockchain business to the public sector, having a new deal with the Seoul Metropolitan Government.

The aim of the company is to establish an information strategy plan on blockchain technology. The innovative technologies have to be implemented into the administrative processes by government, including safety, welfare and transportation. 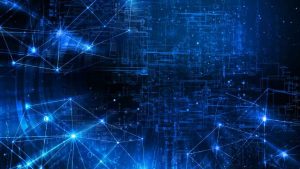 With using blockchain technology, Seoul seeks to enhance civic convenience and administrative transparency. This technology will be implemented in those areas, that require the use of personal information, for example unemployment allowance to youth or the sale of used cars.

Samsung SDS will analyze the environment to introduce and spread the blockchain technology throughout the city’s municipal government for five months, according to the contract. Also this technology will be used for systematic implementation plans and development of future model designs.

Samsung SDS was selected by the Korean Federation of Banks, to build and deploy an ‘Inter-Bank Blockchain System.’ Earlier this year, the company has launched its enterprise blockchain security platform Nexledger.