by CryptoCy News
in Bitcoin News
859
0

Israeli Prime Minister Benjamin Netanyahu has an interesting position about Bitcoin development, thinking that the digital currency has a potential to make obsolete banks. In his interview, the prime minister says that there may be a link between the rising popularity of Bitcoin and the diminishing significance and relevance of traditional banks.

The Prime Minister pointed the main functions of banks is to be as “middlemen” who “prevent risks” and helps to “avoid theft”. However, he suggests that they may soon become outdated.

Netanyahu doesn’t make any certain statements about the possible role Bitcoin may play in the impending obsolescence of banks. 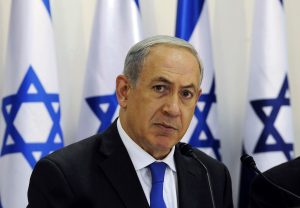 “… the truth is, what I just said is what’s driving Bitcoin upwards,” he says.

In addition, he goes on to predict a correction in Bitcoin’s near future, noting:

“There’s nothing like this, that will continue rising at this rate, it just can’t happen.”

The leading cryptocurrency showed a meteoric rise, smashing new records within a matter of days and even hours – it started  nearby $9000 from the start of this month and reached the point of $18,000 on December 8.